Today the European Commission published the results of the 2016 edition of the Digital Economy and Society Index (DESI). The findings show that Member States have made progress in areas such as connectivity and digital skills, as well as in public services, since the publication of the Commission’s Digital Single Market Strategy last year.

While highlighting improvements, the results released today also show that the pace of progress is slowing down. This movement affects also Luxembourg and we’ll try to have a closer look at the DESI-date.

This is how the performance of Luxembourg looks compared to the EU-average and compared to similar-performing countries which are countries that are performing well, but that are not progressing anymore. 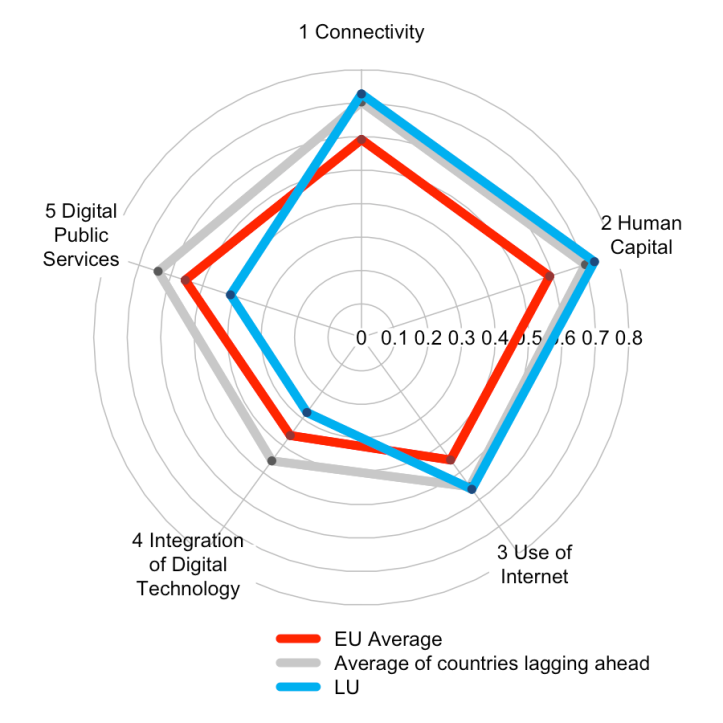 Connectivity along with Human Capital and Use of Internet are the DESI 2016 dimensions where Luxembourg performs best. With an overall Connectivity score of 0.73 the country ranks high among EU countries. 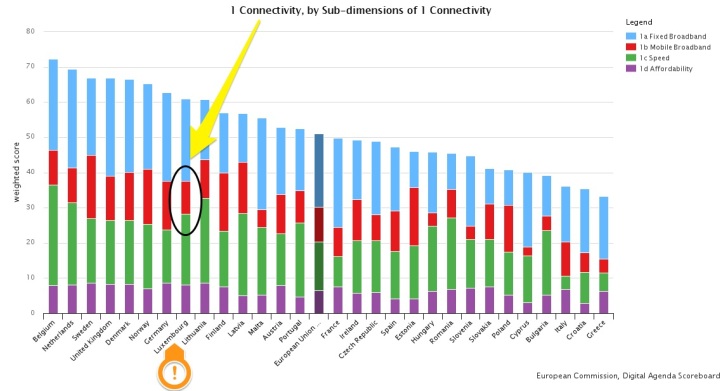 However, by analyzing the details of this indicator, you can see that Luxembourg still lacks behind in terms of Mobile Broadband access and that the situation is like coming to stand-still.

With a Human Capital score of 0.73, Luxembourg takes 4th place in the EU, with a better performance than in the previous year (0.71). The same holds true for all sub-dimensions including the share of internet users in the population and the share of those having basic digital skills which are the highest in the whole EU.

The transmission of technology into new ideas and products hinges on the availability of a vast pool of aptly skilled workers. While the proportion of ICT specialists in total employment, at 5.1%, is relatively high, Luxembourg is lacking skilled ICT professionals.

In 2015, 59.1% of enterprises which recruited or tried to recruit staff for jobs requiring ICT specialist skills reported problems in filling these positions, up from 58.5% in 20146.

Demand for skilled ICT professionals within the economy is rising rapidly, while the supply is not keeping pace.

This problem is also related to Luxembourg’s low number of STEM (Science, Technology, Engineering and Mathematics) graduates. Luxembourg is the worst performer in STEM graduates with a mere 3.6 graduates in STEM per 1000 individuals. More young people need to be attracted to ICT studies and jobs, which provide good career opportunities, are well paid and which are key skills for deriving the benefits of ICT for the economy and society.

In May 2015, the Luxembourg’s Minister in charge of Education adopted the “digital4Education‘ strategy”, which enables the Luxemburgish school to contribute to the efforts of ‘Digital Lëtzebuerg’, involving teachers and young people in projects that educate and train in the advantages

The use of internet continued to grow in most of the monitored categories with an exception of banking, which has stagnated.

Internet users in Luxembourg are skilled and do not hesitate to engage in a broad range of online activities. They read news online (85%), listen to music, watch films and play games online (59%), use the Internet to communicate via video calls (47%) or through social networks (70%), and obtain video content using their broadband connections (28% of households with a TV use Video on Demand). For most of these activities, engagement among users in Luxembourg is in line with or higher than the EU average.

Luxembourg’s businesses exploit well Electronic Information Sharing and RFID technology. However, both the percentage of SMEs selling online and the share of eCommerce in SME’s turnover are low. Moreover, the share of SMEs selling online cross-border dropped dramatically last year. This could be attributed to the change in the calculation of VAT for digital goods from the rate of the country of origin (favourable in Luxembourg) to the rate of the country of destination (as from 1st January 2015).

In the dimension of Digital Public Services, Luxembourg scores 0.41 and thus ranks only 22rd among EU countries. The country did not show any general betterment in its situation between 2014 and 2015. Therefore, improvements in the area of eGovernement remain to be a key challenge for Luxembourg. 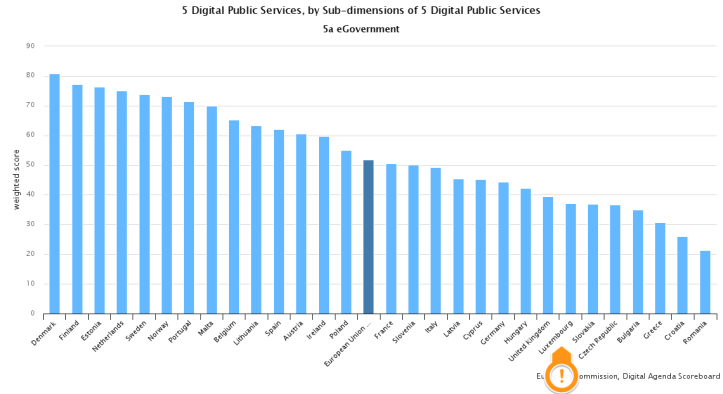 Luxembourg has considerable potential to improve its offer of online public services, as internet users do engage and exchange documents online with the public administration.

Luxembourg could do more, notably to improve the availability of open data. By making data available, government agencies can enable the private sector to leverage those data and create economic value. 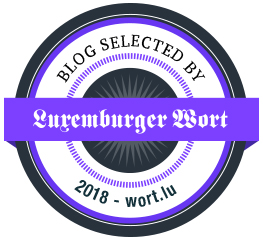